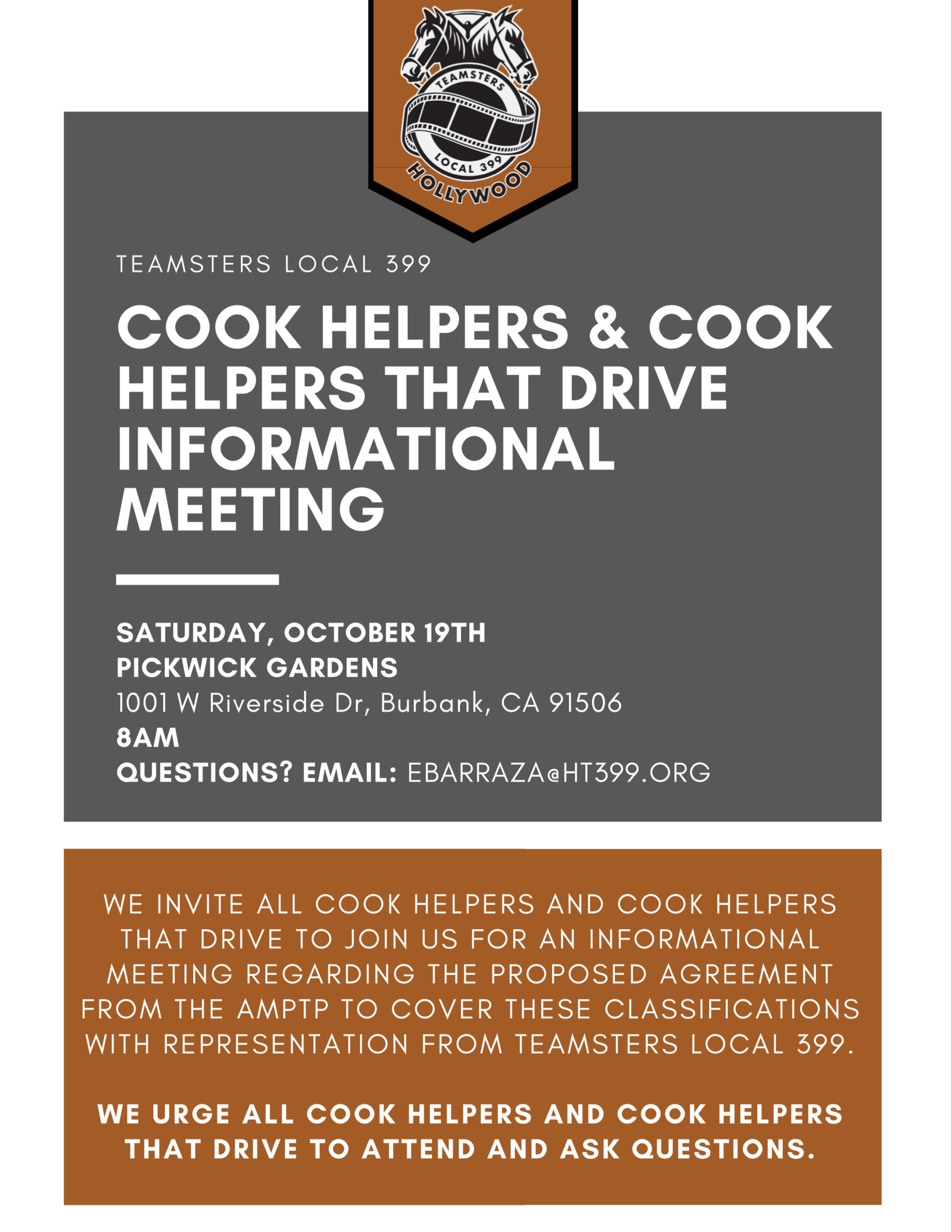 Can You Help Us Spread the Word? Cook Helpers & Cooks Helpers that Drive Informational Meeting on Saturday, October 19th at 8AM

You can share a flyer in both English and Spanish below. We ask that you please help us spread the word to all Cook Helpers and Cook Helpers that Drive. We hope to have a large turnout at this meeting to inform the most amount of people about where the proposed agreement stands, as well as to get feedback and answer any and all questions.

Should you have any questions, please email Business Agent: ebarraza@ht399.org. JUST ANNOUNCED: 399 GENERAL EXECUTIVE BOARD FOR THE 2023 – 2025 TERM OF OFFICE  Local 399 Secretary-Treasurer Lindsay Dougherty and her entire slate has been elected to serve the 2023-2025 … Continued