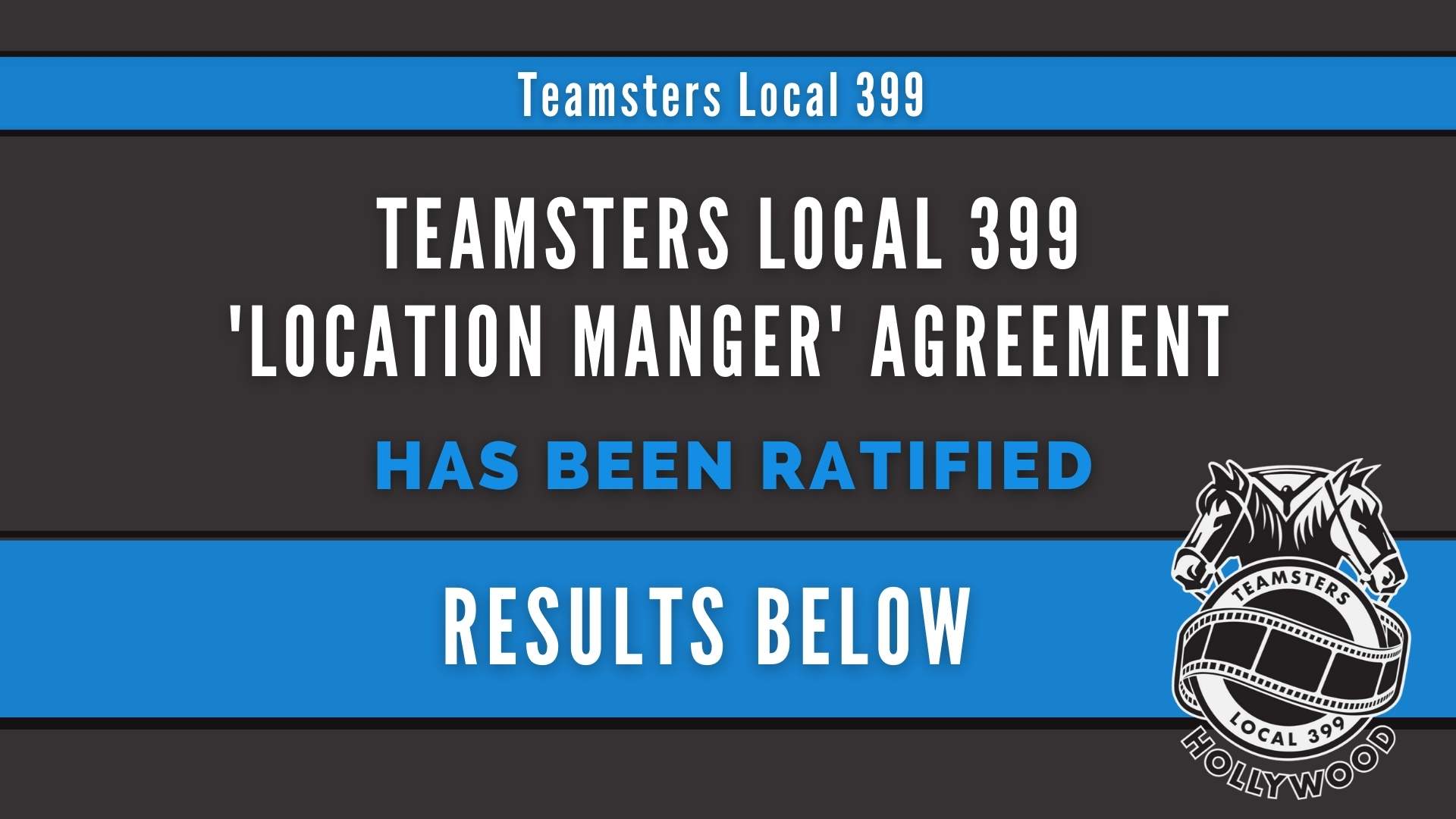 “Hollywood Location Professionals serve as the liaisons not just between production and locations, but also the community at-large. They navigate the permit process and secure locations just as much as they are managing the expectations of the neighborhoods that have been selected to shoot-in,” said Lindsay Dougherty, Local 399’s lead negotiator for this round of bargaining. “They are highly skilled and extremely personable individuals that often are the face of the production to the public. This round of bargaining was about valuing their work by putting money in their pockets. There are still more gains to be made, there always are, but I’m proud of what our members were able to accomplish by way of this agreement.”

The full ‘Location Manager’’ Memorandum of Agreement was shared with a Summary of Key changes to the Teamsters Local 399 membership working under this agreement after an informational meeting was held on Saturday, March 5th. This information was also included in the electronic ballot every active member in good-standing working under this agreement received. Members had from Saturday, March 5th at 4PM to Tuesday, March 8th at 5PM to cast an electronic ballot. The Teamsters Union Constitution outlines a one member, one vote democratic process for all contract ratifications and leadership elections.

“I want to especially acknowledge our 399 Negotiating Committee,” Dougherty continued. “Every single member brought with them the passion and expertise to fight not just for themselves, but for the collective benefit of this group. That was made apparent by the gains we were able to secure that brought our lower paid classifications up closer to a livable wage. That’s what being part of a union family is all about, and it was inspiring to work alongside this group to reach a fair and equitable deal.”