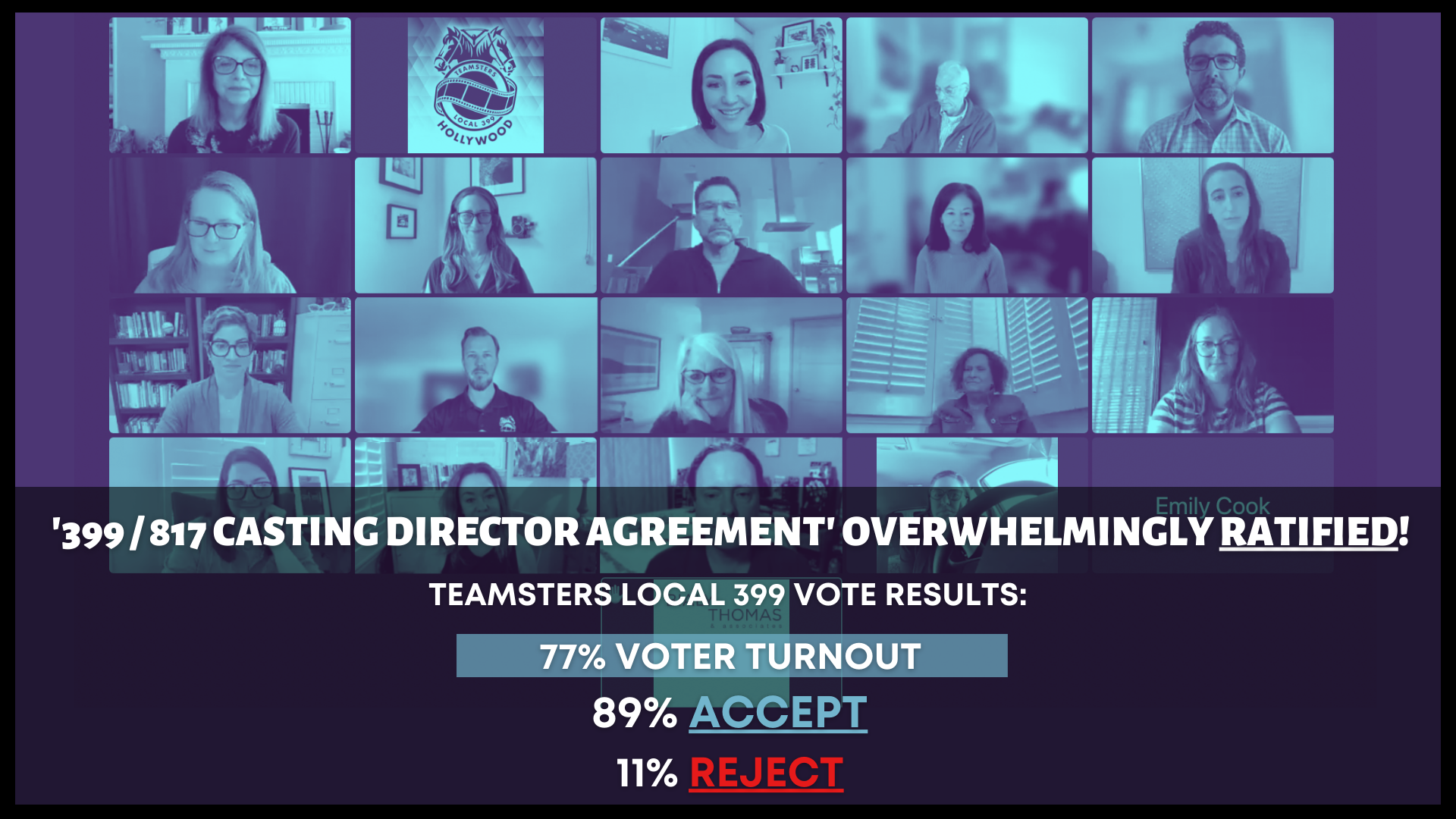 “Our Casting professionals play an essential and unique role in bringing any story to life. Casting Directors and Associate Casting Directors balance the creative vision and logistics required to enlist an actor for a part,” said Lindsay Dougherty, Teamsters Local 399 Secretary-Treasurer and IBT Motion Picture and Theatrical Trades Division Director. “These were difficult negotiations in which we worked diligently and collaboratively with our member-led committee throughout the entire process. Our fight for both groups centered around equity and compensation. As a unit, we not only made gains across the table, but we also identified areas where we can further grow, strengthen, and support our casting members moving forward.”

Teamsters Local 399 Principal Officer Lindsay Dougherty and Teamsters Local 817 President Tom O’Donnell co-negotiated this agreement. The main priority for the Casting Directors was to secure clean and concise language that addressed a weekly rate to protect Directors specifically working on episodic productions from drawn out production schedules. For the Associate Casting Directors, the fight centered around securing a significant increase to wages.

“There’s a lot to feel good about in this agreement. It’s our 6th, and easily our best, round of bargaining. I’m happy for our Casting members, and hats off to the leadership at Local 399,” said Teamsters Local 817 President Tom O’Donnell.

The full ‘Casting Director’ Memorandum of Agreement was shared alongside a Summary of Key Changes to the Teamsters Local 399 and 817 memberships working under this agreement after an informational meeting was held on Sunday, May 22nd.