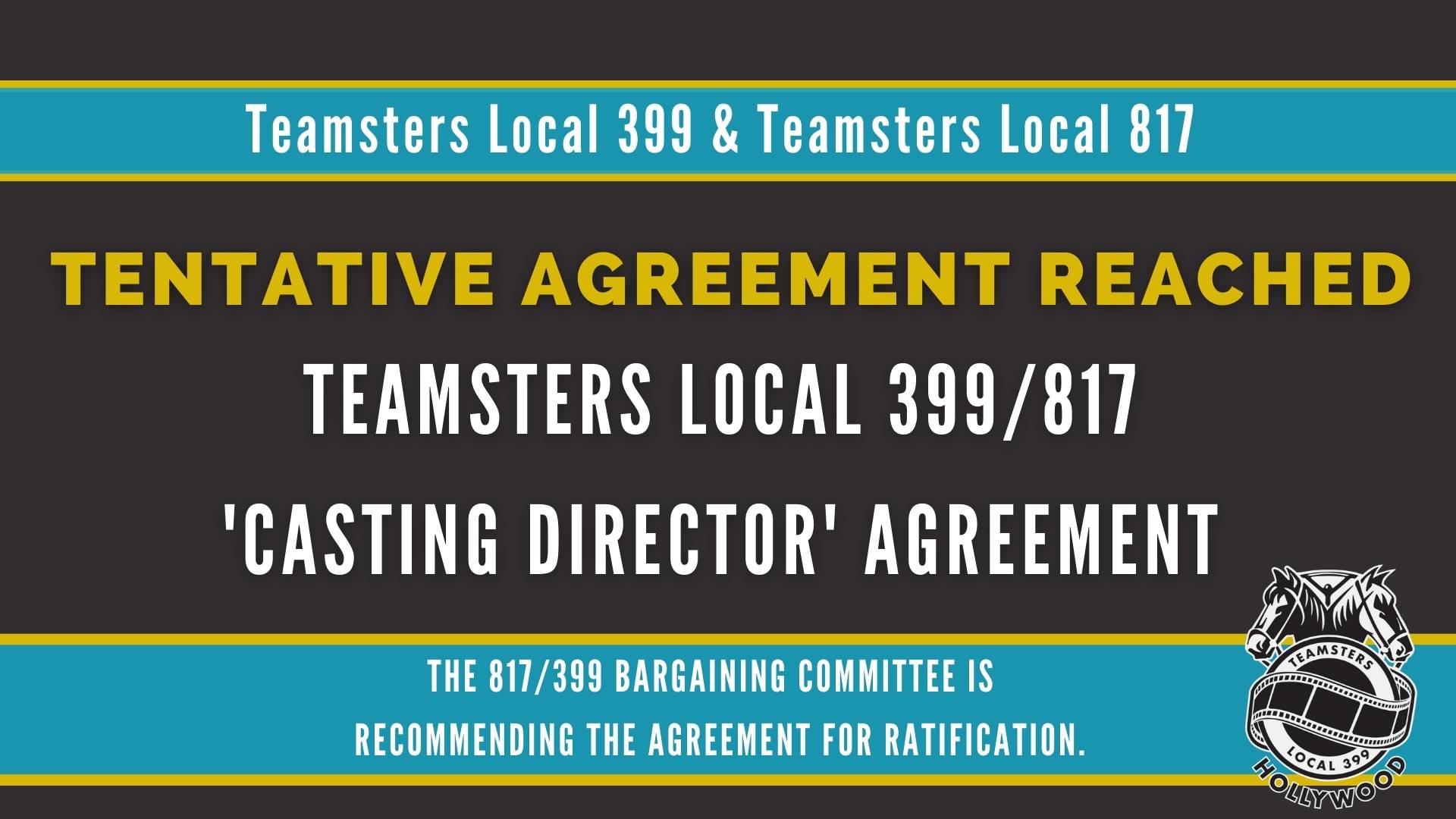 Negotiations began on Monday, March 7th and concluded in the evening on Tuesday, May 17th. Teamsters Local 399 Secretary-Treasurer Lindsay Dougherty and Teamsters Local 817 President Tom O’Donnell Jr. co-led these negotiations on behalf of their respective memberships. The member-led bargaining committee is recommending it for ratification.

“Our member-led casting committee from both Local 399 and 817 worked tirelessly throughout this entire process with tenacity, passion and perseverance,” said Lindsay Dougherty, Teamsters Local 399 Secretary-Treasurer and Teamsters Motion Picture and Theatrical Trade Division Director. “Throughout these negotiations, we not only discussed our core issues across the table with the AMPTP, but we also identified what internal work can be done immediately to strengthen this unit moving forward. This group has never backed down from a fight, and I am proud to continue to fight alongside them in solidarity with Local 817.”

Details of the tentative agreement will be shared with the Teamster Casting Professionals later this week.

“From the initial organizing effort some eighteen years ago, to the significant gains made in these negotiations, I’m proud of all that’s been achieved for the casting community and is emblematic of the collective might of these unique craft locals,” said Local 817 President Tommy O’Donnell

A digital informational meeting will be held on Sunday, May 22nd in both New York and Los Angeles, where members under this agreement will then have the ability to vote on the tentative agreement.