Justice for George Floyd and a Recommitment to Our Teamster Oath 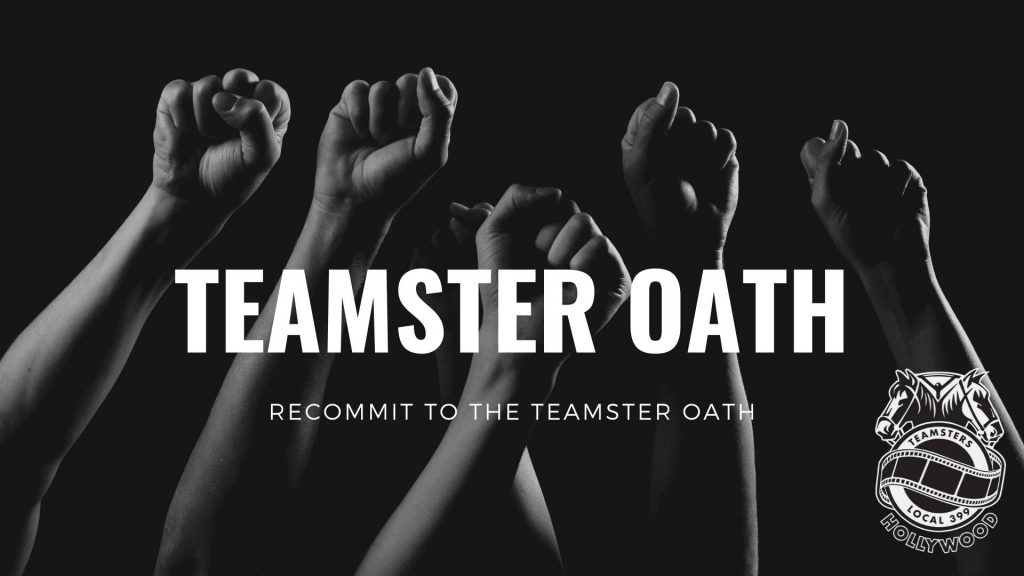 This past week we have seen many grieving communities rise together to raise their voice and protest, sparked by the outrage over the senseless murder of George Floyd by a member of the Minneapolis Police Department. We condemn the brutal murder of George Floyd by the hand of those intended to protect and serve our community. The devastating reality is that this keeps happening. We see innocent Black and Brown brothers and sisters continually targeted and killed at the hands of the police. Racial injustice is real and alive in our Country today and it is incumbent upon all of us to speak out against the racism and hate that divides us.

As part of the Labor Movement, we as Union Members understand the value of solidarity and collective action to make change in the world around us. We stand with the protesters. We stand with those using their voice and their body to say no more and put an end to police brutality and the killing of innocent Black and Brown brothers and sisters. We do not however condone the violence or the destruction of property that is being committed by those seeking to take advantage of the pain and hurt of those raising their voice in the streets but we do understand the grief and rage. Civil rights and labor rights have always walked hand in hand throughout history. When we say we fight for working people, those fights extend past the workplace and into the very lives and struggles our Members face within their communities. The fundamental truth that all people are equal and deserve respect and dignity has always been part of the foundation of the Labor movement since its origins, and will continue to be a pillar of our movement until all are afforded the same rights, dignity and respect. 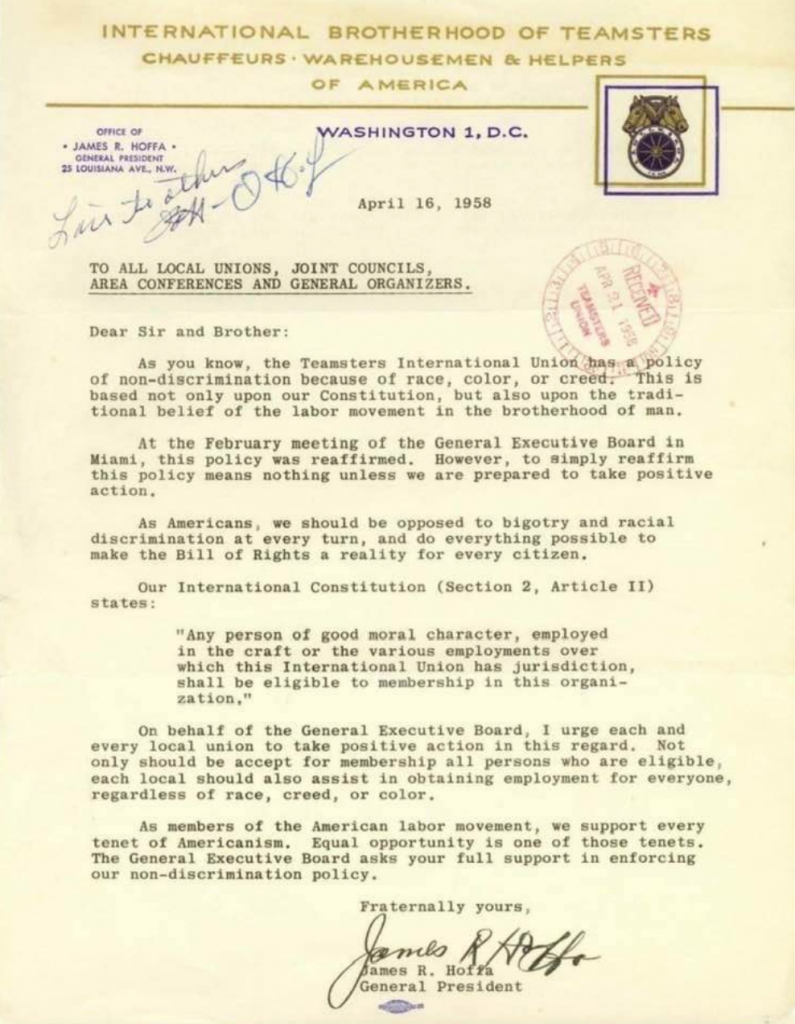 As Teamsters, we each take an oath upon joining, that in part says, “I will never discriminate against a fellow worker on account of race, color, religion, sex, age, sexual orientation, physical disability or national origin”. It is our duty as Teamster members and working people to stand up for injustices everywhere and work to help eradicate racism in our communities, our homes, and our workplaces. We must continue to demand justice for all as part of our fight to unite and protect workers.

We have a long way to go within our Union and our Movement at-large. We are a movement of some of the best organizers and champions for working people and we must use those tools and tactics to help eliminate injustices in all aspects of life. We cannot remain silent as a Local Union or as Union Members. The labor movement started well before our time and we must honor and practice the very principles that afforded us the privilege of being part of a Union family. A Union family that is made stronger by our diversity.

To our Black and Brown Members part of our Union family, you are seen and heard in this moment and beyond. To all our Members, we ask you to remember what it means to be part of the Labor Movement, and one of the strongest Unions out there, the Teamsters.

In an act of solidarity, we ask our Members to recommit themselves to the oath that was taken upon joining the Teamsters. To recommit to your role as a Teamster Member and recommit to the promise of standing against discrimination and/or harm to a fellow Union Member both in and out of the workplace. As your Union Administration, we will continue to fight for every single one of our Members and we ask you to recommit your solidarity to do the same.

“Injustice anywhere is a threat to justice everywhere. We are caught in an inescapable network of mutuality, tied in a single garment of destiny. Whatever affects one directly, affects all indirectly.” – Dr. Martin Luther King, Jr.