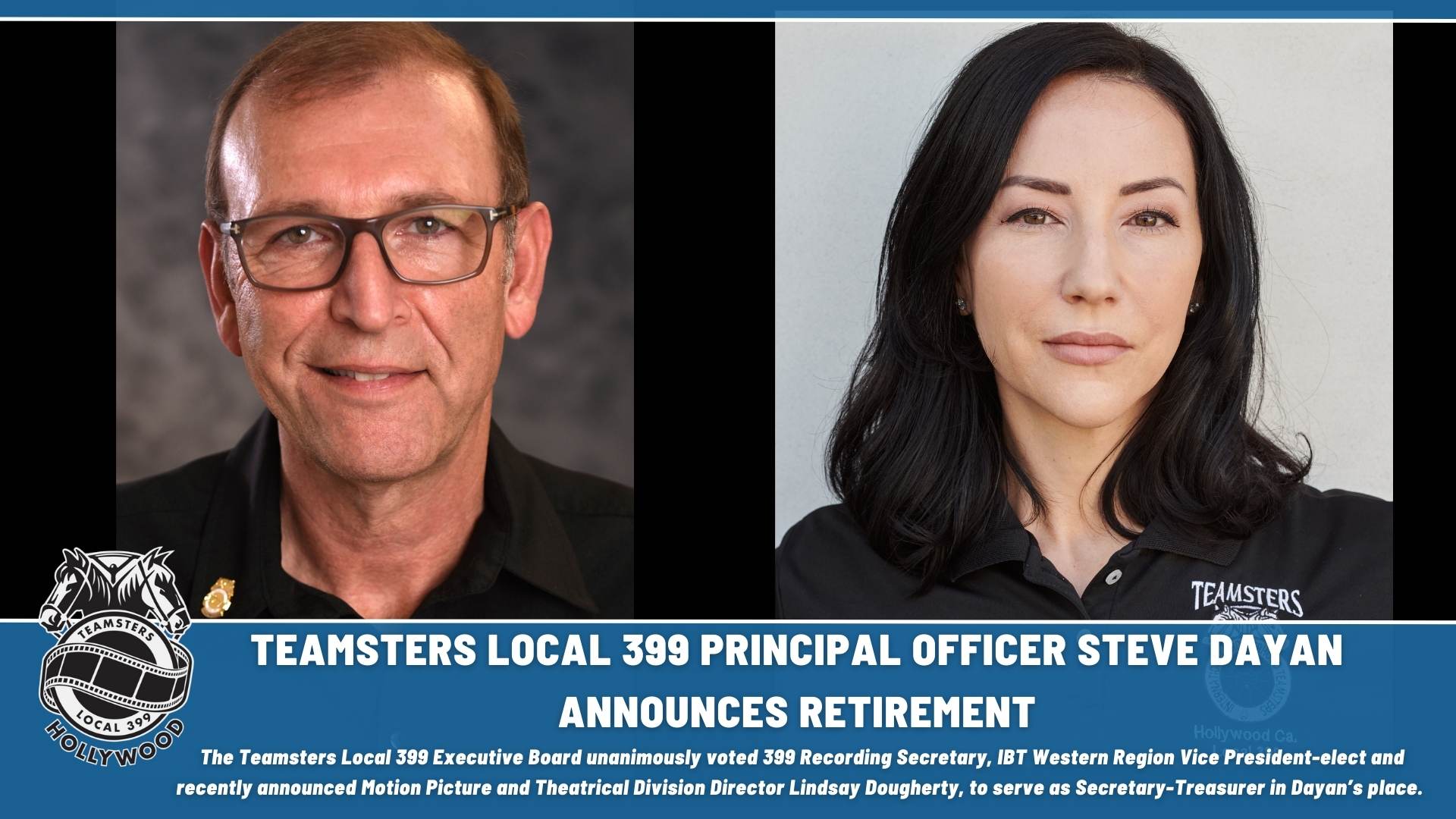 Dayan’s career in the Motion Picture Industry has spanned over 46 years. He got his start in post-production as an IATSE Local 165 studio projectionist back in 1977. He later worked as an Assistant Editor until he made the leap to production working as a Local 399 Location Manager for 15 years where he worked on major productions such as: “Moonlighting,” “City of Angels’, ‘ED TV’ and’ ‘Volcano’. In 1999, Dayan joined the staff of Teamsters Local 399 as a Business Agent and Organizer under Secretary-Treasurer-Emeritus, Leo T. Reed, who recently passed away on Sunday, February 27th. After becoming Local 399’s lead organizer, Steve played a key role in successfully organizing new groups like Hollywood-based Commercial Location Scout Managers, TV/Feature Location Professionals across North America and the Los Angeles and New York Casting Directors and Associate Casting Directors. Dayan also organized 100’s of non-union productions in Hollywood and around the Country. Steve was elected by the Local 399 Membership in 2013 to serve as the Principal Officer of the Local. He was overwhelmingly re-elected by the membership in 2016 and again most recently in 2019.

“When I took office, I came to realize my role was to pave the way for the next generation to take over and lead this great Local Union,” said Dayan. “I prioritized modernizing the Local by enhancing our communication tools, updating our technology, creating education opportunities, tackling new organizing efforts, negotiating strong contracts, and supporting the membership both in and out of the workplace. The greatest legacy I can give to our membership now is the team I have put in place, and have had the honor to work alongside, to continue to transition this Local into the future. When union leaders talk about leaving a Union better than they found it, a key piece of that philosophy is knowing when to leave and knowing how and when to pass the reins to the next generation. For me, I couldn’t be more certain that that time has come, and that I am leaving the Local in the best of hands.”

“This Local is at an inflection point in its history. For the first time in Local 399 history, we have almost 6,000 active members in our ranks, we have an International Vice-President at our Local, and the Motion Picture and Theatrical Division has returned to Hollywood. I can think of no better leader than Lindsay Dougherty to take this momentum and usher our members into the future to continue to build a stronger, more aggressive and inclusive Teamsters Union,” Dayan continued. “Her role as lead negotiator over the past several months with the AMPTP has only proven what I have always known, Dougherty is a born leader, and I am proud to appoint her in my place. This Local is on a path to become one of the strongest Locals in our International and I can’t wait to see what is on the horizon for the Motion Picture Division and our Hollywood Teamsters.”

This news comes on the heels of significant changes at The International Brotherhood of Teamsters. Teamsters General President-elect Sean O’Brien and his newly elected General Executive Board will officially take office on March 22nd for their 5-year term. The Teamsters General Executive Board governs the organization which represents 1.3 million Teamster members across North America.

“It’s an exciting time for the labor movement in this country. There’s a resurgence of working people that understand the power they hold and the value of their labor,” said Dougherty. “I am grateful for leaders like Steve Dayan, who understand that the labor movement is more than any one individual. It’s a collective, collaborative, and dynamic movement that must continue to grow and adapt to remain relevant and able to address the ever-changing and challenging issues working people face every day. Steve has not only been a boss, a mentor, and a friend, but his leadership style has been one that embraced new ideas, challenged the status quo, and found more value than threat in empowering a new generation. We have a strong foundation here at Teamsters Local 399 and I look forward to building a more militant and inclusive union that prioritizes our members and their best interest every step of the way.”

Steve’s last day serving as Secretary-Treasurer of Teamsters Local 399 will be Friday, April 30th. His final Local 399 General Membership Meeting as Principal Officer will be held on Sunday, April 24th.

“This Industry has given me so much. So many unique and challenging opportunities were afforded to me by way of the Motion Picture and Television Industry. Without a doubt, my most significant role was to serve the members of Teamsters Local 399. To my Hollywood Teamster family, I will be forever grateful and hold with high regard the privilege it has been to fight alongside you each day. When we fight together, we not only win together, but we remind working people everywhere the power of being part of a Union. I will always be a proud Hollywood Teamster.” 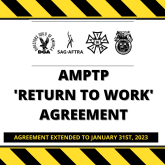